The Sustainable Development Goals (SDGs) have been adopted by the development community and 193 member-states of the United Nations as the development agenda from 2015 to 2030. The SDG Agenda-2030 sets out 17 goals which form a cohesive and integrated part of global aspirations to be achieved by 2030. At the national level, Government of India has designated NITI Aayog as the institution responsible for overall coordination and monitoring of the SDGs in the country, in close collaboration with the Ministry of Statistics and Programme Implementation (MoSPI).

The SDG India Index 2018 was the first effort by the Government of India to rank sub-national governments by computing composite index on SDGs. The third and latest edition of the SDG India Index (2020-21) consists of 115 Indicators, 75 of which are common to Index 2.0.

In the SDG India Index 3.0, Meghalaya has seen an advancement in their ranking from the 25th position in the NITI Aayog SDG India Index 2019-20, to the 23rd with an improvement in its composite score, from 54 to 60 indicating that the state has improved in its performance towards achieving the SDGs. The state came out as the top performer in SDG 10 (Reduced Inequality) with an index score of 88 among the states.

The Government of Meghalaya has formed an SDG Cell at the State level in March 2018 for coordinating the preparation of its draft ‘Meghalaya Vision 2030’ document and implementation of SDGs including organization of capacity building programmes, preparing knowledge products and progress reports and playing an overall support-oriented role.

The State has set its Baseline and Target 2030 through digitized Application. The State plans to achieve the SDG Agenda 2030 through creating healthy competition among the Districts, developing District Action Plans, building capacity of the stakeholder departments, forging partnerships,  streamlining fund provisions for implementing SDG linked schemes and programmes, and monitoring and measuring progress through digitized dashboard.

Screenshot of the App 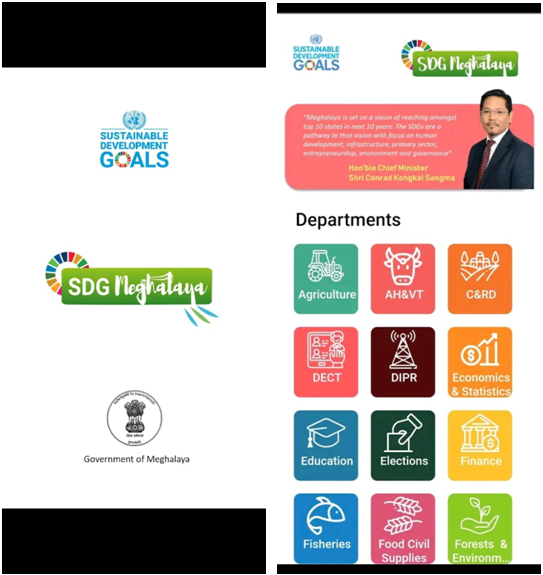 The screenshots below represent the baseline and targets set by the Urban Affairs department for Goal 11 at the State and District level indicators. 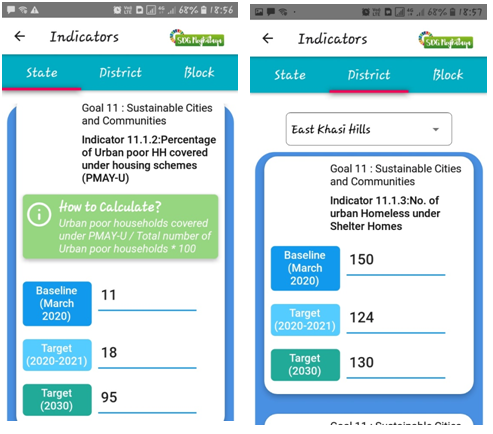 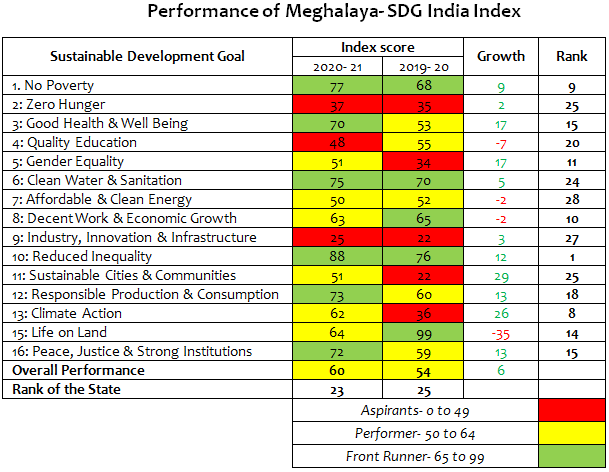